The power of universal apps offers students and teachers a huge opportunity for enhanced learning and teaching, regardless of device.

Apple continues its focus on education

Just over two years ago, Apple’s Spring release had a huge education focus. We not only met a new iPad and Apple Pencil to accompany Everyone Can Create, but we also welcomed 200GB iCloud storage for Managed Apple IDs and ClassKit for developers to integrate their apps with Schoolwork.

Fast forward two years and the focus on technology has rapidly accelerated in all industries, including education.

Education has seen huge investment in 1:1 iPad programs across the world, and teachers and leaders have never been so reliant on technology to adapt and deliver lessons remotely.

Apps: the backbone of educational technology

Apps play a huge role in that process. Apps like IXL, Schoolwork, Google Classroom, Microsoft Teams, Showbie and Zoom have enabled everyone to connect, communicate and function in a way we never have before. For students and teachers, these apps have supported learning and communication in a way only technology can during a global pandemic.

The iPad is an outstanding tool for learning right out of the box, but being able to add third-party apps (available at the App Store) allows the device to become whatever you want it to be. We’ve seen that more than ever in the shift to remote learning. Schools are adopting various apps to suit the needs of their staff and students in order to continue to deliver learning. The fact that Google Classroom, Microsoft Teams or Zoom works on Apple makes their devices incredibly versatile. Schools are not locked into an ecosystem. They are getting all the educational apps Apple offers for free and they are taking advantage of the Apple ecosystem, then selecting those third-party apps to make each device both personal and flexible. This ensures everyone can access learning tools.

Apple has also made a huge step forward in making it easier for IT administrators to create and manage Apple IDs. By adding Claris Connect, schools can connect their SIS databases to Apple School Manager to streamline the process of creating and managing accounts. This also sets the foundation for Apple updates to both Schoolwork and Classroom.

The Classroom app will see an update that will support learning beyond the walls of the classroom. Whereas currently, the app has connected students with the teacher in the same physical space, soon teachers will be able to invite remote students to join a Classroom session.

Without question, Apple has designed this feature with student privacy at the forefront. While students are connected to a remote Classroom session, the same features that teachers are familiar with will be at their fingertips: they can guide students to specific apps, view their screen and see a summary of their engagement during the session.

By using Managed Apple IDs, the teacher can request to connect with a particular student and the student can choose to accept. This makes the creation of Managed Apple IDs vital in the adoption of the new update. With the addition of Claris Connect, Apple is taking steps to help this process.

The power of universal apps

This will have an immediate impact on education. Historically, many of the most fundamental apps for education were only designed for the iPad. This impacted education tools greatly, as schools chose devices for each grade based on which learning software and application was available to each rather than which device was best for which age.

Making those thousands of education apps available whether your students use iPad or Mac offers more continuity and opportunity for teachers. They don’t have to double their efforts in preparing curriculum to support multiple learning apps for multiple devices, because they can use the same app across grade levels — regardless of device type.

This builds on the app environment schools have come to love and to adopt — not only over the years, but also during the pandemic.

The potential to bring iPad apps to Mac is game-changing. For example, there’s the potential for the interactive whiteboard iPad app Explain Everything -- one of Jamf’s education partners and Apple’s top education app of 2020. From using the drawing tool to create sketches to PDFs to video recordings, Explain Everything provides a digital and collaborative whiteboard where teachers and students can turn an infinite canvas into a mixed-media playground that captivates and inspires.

With a universal app, teachers can move between iPad and Mac to create lesson plans.

To be able to grab an iPad and Apple pencil to sketch and then to continue to work on a Mac is compelling. Not only does this create a seamless experience across Apple devices, but it opens up cost savings for schools as they could potentially move away from expensive interactive whiteboards in the classroom: replacing them with a much cheaper Jamf-managed Apple TV and an LED screen.

This is the beginning of the Mac supporting thousands of education apps for students and teachers to simplify workflows, enhance productivity and rethink devices in the school. Mac for teachers is now a natural fit, enhancing the iPad experience with their classroom practice.

Schools can purchase those third-party apps they have been used to on iPad without the need to purchase additional software or licenses for desktops. By purchasing Apple School Manager and making use of volume purchasing and education discount, schools can make sure the apps they use are seamless for both teachers and students as they move between Apple devices.

Jamf is focused on supporting this evolution with an iterative roadmap.

Jamf School is currently ready with same-day support and the ability to deploy iOS apps to M1 Mac devices. Jamf Pro is laying the foundation to deploy iOS apps en masse, beginning with an automatically-populated inventory field that indicates whether a particular device supports both iOS and iPadOS app installations, available in the Jamf Pro 10.28 release deployed this March.

The teams are working on enabling programmatic installation of in-house iOS app content in an upcoming release of Jamf Pro.

This announcement from Apple offers schools a chance to rethink their plans for technology: a chance to use a device that is the best tool for learning at a time when it’s needed most. 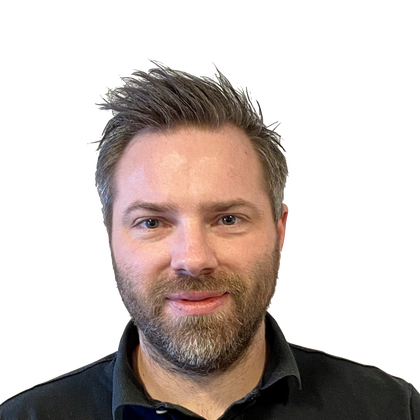 Aaron Webb
Jamf
Aaron Webb is an Apple Distinguished Educator, Class of 2013, with more than 15 years of IT and education experience. Aaron has been at the forefront of transforming education with Apple technologies with two Apple Distinguished Schools in London, UK. He is currently Jamf's product marketing manager for education.
Previous Blog Post:
Prev
Greater workflow automation and efficiency with Jamf, atSpoke integration Blog Homepage
Next Blog Post:
Next
AppConfig spotlight: communicate, meet and collaborate with Jamf Marketplace partners
Related Resources
Video