Jamf CEO, Dean Hager, shares his thoughts on the technology trends that will shape commercial, K-12 education and higher education settings in 2018.

When you think of 2017, what do you think of? While that’s potentially a loaded question, I’ll remember 2017 as the year that users weren’t treated like employees… but like consumers. From the devices we use at work, to the resources and apps on our devices, and even to the way we interact with our IT departments, we have a voice now more than ever.

And our voice says we want experiences that put users first. In fact, we don’t want to be thought of as “users”. We are customers, just like consumers. And the company that has led the way in creating the experience that consumers want is Apple. This trend, which has been building for a while now, continues in 2018 because:

1. Enterprises go from accepting to embracing Mac
Industry giants like IBM, SAP, Cisco and Capital One are singing the praises (and cost savings) of Mac due to ease of use, ease of management and residual value. While Apple has formed strategic partnerships to expand Mac’s footprint in business, Mac currently holds only a 7-8 percent market share in the enterprise. Expect this to change.

If you’ll recall, Apple got its start in the enterprise with iPhone. Business and iPhone are synonymous to the tune of 80 percent marketshare. With those stats in mind, where does Apple stand to grow its enterprise business the most? Mac.

Their current enterprise Mac position (which is a 300 percent increase in where they were only a few short years ago) provides a platform to leap from. User-choice programs prove that when given the opportunity, employees choose Mac 75 percent of the time over PC.

The growth in Mac we’ve seen so far, pales in comparison to what we’re going to see — it’s just smart business.

2. Learning trumps technology in K-12 education
Apple is the godfather of the technology in education movement. However, in the past five years, Chromebook has risen because of the price compared to iPad. Plus, the management of Apple devices and Apple IDs was considered too complex for education. Apple has chiseled away at these issues over the past two years with the advent of:

Also, Apple released a less expensive iPad earlier this year to give budget-strapped school districts an opportunity to give students the best learning experience possible. And “the best learning experience possible” is where Apple has excelled historically. No platform has more learning applications and content more easily accessible than iPad. Plus, Apple has been the choice of the students. Those things have never been debated. If Apple could improve the cost and complexity — which they are doing — then schools will be in the position to better leverage the awesome learning capabilities available. Apple is finally addressing the whole solution, but as typical, they are putting education and the student first, not simply technology for technology’s sake.

In 2018, as educators want to see return on their technology investment and Apple continues to address their primary concerns, Apple will begin to re-establish itself in the K-12 space.

For the first time, students will expect a similar experience, and this is not lost on colleges that are seeing enhanced value in offering technology. This enhanced value goes beyond the classroom and lecture hall. Through iPad, students will be able to connect with their residential advisor, communicate with library staff, remain current on upcoming school activities and see what food the cafeteria is offering that week.

Toss in the affordability factor of online textbooks, and the fact that when students graduate, they will use an iPad in their professional lives as opposed to a Chromebook, and you can see why universities and community colleges are turning their attention towards Apple.

4. Apple ecosystem continues to grow
The story of Apple’s demise has been (wrongly) told countless times. Skeptics trumpeted their horns when Apple entered the watch market. Well, the number one smartwatch and number two overall watch isn’t too shabby after two years on the market.

You won’t hear me ever say, “Apple is always first.” In fact, often Apple isn’t first to market. But when they arrive, it is typically a market impacting event. With Apple’s track record, who among us can bet against HomePod? It will come out with a vastly superior speaker system than competitors (prodding consumers to ask if they want to start a song or a party), and of course come with voice recognition and Siri.

I believe that HomePod will follow a similar path as Apple Watch; be released one year (2018), gain market share in 2019 and eventually become the market leader measured by revenue.

But all these incredible Apple technologies paint a larger picture. Voice search, as opposed to type search, is on the rise. HomePod won’t have a keyboard. CarPlay requires voice recognition (as we all know we shouldn’t be texting and driving.) Apple Watch has a small surface to type, so it’s much easier to simply speak and have results displayed for you. And don’t forget about AirPods, the most popular wireless headphones in the world, which have no buttons. Siri is the way we interact with these devices, and she provides a consistent experience across all of our Apple technology. A consistent technology experience: yet another reason the Apple ecosystem expands in 2018.

Speaking of management, Apple Watch currently doesn’t have management capabilities. This was the same story for Apple TV devices until last year. But with the introduction of tvOS 10.2, IT admins could automate deployment, setup and configurations for their Apple TVs.

If Apple Watch wants to go mainstream in an industry, such as healthcare, it will need management. Why? If a doctor were to prescribe an Apple Watch to a patient to closely monitor their health activities, IT needs to be able to put restrictions on the device to ensure security and privacy of the patient’s information, and then once the Apple Watch is returned, it must be wiped and reset for the next patient.

Also, doctors want to use Apple Watches to streamline communication and scheduling with patients. Which is great, but management is required to ensure they don’t accidentally AirPlay the wrong patient’s information to an Apple TV or don’t accidentally silence their notifications and miss important information.

While it likely will not happen in 2018, I see Apple Watch management in the future.

6. IoT for industry automation
Internet of Things (IoT) is a network of devices that are able to connect and exchange data, and as of today, IoT is predominately for home automation. I envision this changing to include hotel rooms, hospital rooms, classrooms and conference rooms. You simply use your voice to tell any of your Apple devices how to behave. Want to display your iPad, iPhone or Mac on the Apple TV that’s in the room? Voice command and done.

No other ecosystem is as connected as Apple, and their ability to communicate with the devices you own, along with other Apple devices you want them to interact with, is unmatched. There aren’t enough Chromebooks in the enterprise for this to apply, and Microsoft doesn’t offer a phone or smartwatch.

As I mentioned above, all your Apple devices are connected. This allows learning across all of your machines. Maybe you only check email on your iPhone or Mac, but do most of your research on your iPad Pro, machine learning marries the two (or three) devices and provides the best, most pertinent information for you. For example, in the future, your machines could learn that at this time every day, you search for a sales report in Salesforce. Without you doing anything, the report that you were just about to search for, automatically comes to the device you typically search for that report on.

And finally, augmented reality (AR) is going to be monumental in education and healthcare. In education, AR will bring students to another place, culture, time and allow them a learning experience unlike any other. Real “field trips” done in real time, right from the classroom. And, as most of us know, a hospital stay is not very pleasant. While iPad at the patient bedside is drastically improving the healthcare experience, imagine a future where a patient can virtually checkout of their room and take a break from the stress of treatment.

Our new technology chapter is unfolding right before our eyes, and we should all take pride in knowing we’re the ones driving these exciting changes. 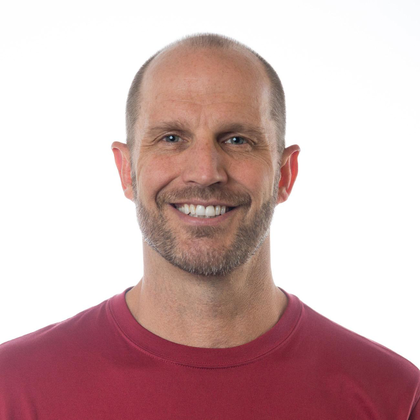