1-to-1 iPad program: How to outsmart the students

Alison Wojahn, Jamf Hero and Technology Manager, recounts some of the challenges and successes she faced at The Prairie School while setting up iPad devices, using Jamf.

Alison Wojahn serves as the technology manager at The Prairie School, a private pre-K-12 college preparatory school in Racine, WI. Alison has also been a Jamf Hero since the program’s inception in 2018. In this blog post, she recounts some of the challenges and successes she faced while setting up iPad devices while using Jamf.

Setting up a system in a school for students to each have their own iPad was both a tremendous gift and a distinct challenge. One of the biggest hurdles we had in the early setup of our one-to-one iPad program was our school’s community requirements. In the interest of empowering its students and encouraging independence, the administration wanted each student to have control over their Apple ID as opposed to using school-managed Apple IDs. This meant that students had full access to the App Store, regardless of grade level, and that all app and software updates would be student-driven. It was important to the administration that students learn the consequences that come from not keeping software up to date. Additionally, this system also meant that each student would be able to maintain access to their email address after graduation, a bonus for students wanting to maintain access to their high school projects and assignments.

As you can imagine, this put quite a bit of strain on our setup. The administration wanted students to have, manage and keep their own Apple IDs while allowing them to access their own content. To top it all off, they also wanted the guarantee of some safety measures.

We worked together with the administration to create a shared list of agreements when creating technology rules that would allow students to have full access to their educational apps while also keeping students safe:

All of this led us to the following setup—individually created Apple IDs with apps pushed to the user (rather than the device) with App Store access for all grades, all while using an on-premise system.

Here’s the thing: Prairie School kids are smart — and maybe a little sneaky. Students quickly learned with access to the App Store, they could download apps to use at home, maybe shirk their homework responsibilities, delete the app they weren’t supposed to have on their iPad, and come back to school where no one would be the wiser.

Though this setup is unique, we are aware that we are not the only school with smart kids — so here is how we became sneakier than the students.

First, we got a feel for the potential and actual issues by using smart groups to identify the devices that have installed apps that were not in our school’s App Catalog, which was intentionally kept pretty tight. When an issue occurred where a student violated the rules, we reached out to the students to let them know we had identified that sort of behavior and reminded them of the rules.

We then created Configuration Profiles that would change a user’s wallpaper to one we designed that indicated that they found an Easter Egg which necessitated them to perform a “Side Quest” at the school’s tech desk. This specific profile also took away all of their applications except for Google Calendar, Classroom and Gmail so they could still email teachers and see and complete assignments.

As simple as it sounds, here’s how we outsmarted the students: we changed our overarching Configuration Profile to prevent students from deleting apps. This prevented students from downloading, enjoying and deleting before they came to campus and triggered the Smart Group for having something that wasn’t in the App Catalog. Then, once they did trigger the Smart Group, all of their apps would disappear in a flash, leaving them with a nice note that they were caught. We did something similar for the upper grades where we had a different Smart Group checking for specific apps that would then trigger the same Configuration Profile.

After a month and a half of brainstorming, problem-solving and finally reaching this conclusion, it proved to be quite successful. I consider this my crowning achievement in Jamf management because it allowed us to keep our students safe, met all of our community’s guidelines and still allowed students to flex their independence muscles and learn from mistakes. Problem solved.

Start your own journey towards educational excellence with a free trial of Jamf. 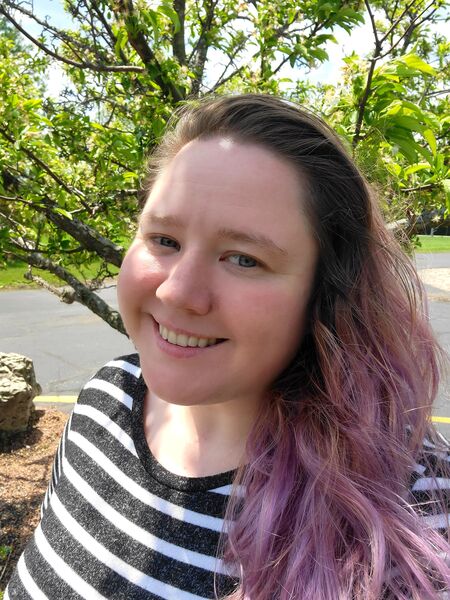 1-to-1 iPad Programs in Higher Education