Discover an educational solution that streamlines workflows for teachers, students, parents and administrators. Educators in Georgia used an innovative distributed learning model along with Jamf School to rapidly deploy an iPad fleet and help students to feel a sense of ownership of their devices.

Educators at Gordon County Schools found a powerful ally in Jamf School and its associated applications. In a recent webinar from the Jamf Sessions series, director of technology Chuck Langston and sixth-grade earth science teacher Javi Quiñones share their process of implementing a clever distributed professional learning model that supported teachers in the adoption of a new workflow for education while providing students with a sense of continuity and ownership.

Located in northwest Georgia, Gordon County’s school district holds 6,800 students, roughly 80% of whom participate in free or reduced-cost lunch programs. In an effort to improve learning outcomes, the district kicked off a 1:1 device initiative in 2017, purchasing an iPad for each student to use exclusively. When searching for a mobile device management (MDM) solution, they examined many options before ultimately concluding that Jamf offered the broadest support for all the needs that the district had identified for their program.

Langston reports that the district pushed out almost 10,000 devices over the course of three or four months, with most of the effort consisting in the physical movement of hardware. Jamf provided streamlined workflows on the back end of the deployment that made it possible for a small staff to efficiently enroll and deploy iPad in the classroom.

Quiñones says that he received an iPad around the end of the school year, along with basic instructions on getting started with it. Teachers were relieved to find that the devices were already set up, making it straightforward to establish a new classroom workflow: “I think Jamf really was pivotal in how we were able to adopt [the iPad] and include it in our classrooms quickly.”

Another significant factor in the successful implementation of the 1:1 initiative by Gordon County Schools was its distributed learning and support model for educators. The district set up what it called a “Vanguard Team” of more technically inclined teachers representing each campus, all of whom worked closely with the Apple Professional Learning (APL) staff in district-level training sessions. These “Vanguard” teachers would, in turn, create “Vanchise” teams made up of teachers from each “hallway,” department or grade level. This provided virtually every teacher on campus with a familiar face within walking distance to assist them in any technical challenge.

Quiñones says that members of the “Vanchise” would relay information up the chain of command as appropriate, but much of their value lay in the fact that the other teachers and staff were already familiar and comfortable with them. Rather than facing the intimidating prospect of trying to convey an issue to an IT staffer or remote service desk, each educator could approach someone who would be able to speak to them on their level of technical expertise and to quickly walk them through new processes.

Giving students ownership of devices and a sense of continuity

One of the core principles that Gordon County Schools pursued in implementing the 1:1 initiative was to give students a sense of ownership of their devices. Even though each device was not legally a student’s property, they could count on taking the iPad home over the summer and continuing to use it in subsequent school years. Using Jamf made it easier for the district to reprovision the devices for students moving from one grade to the next or even making the switch from elementary to middle school or middle to high school. This model also proved more efficient than assigning inventory to each campus and juggling the devices when students moved to other schools.

Using Jamf School helped the district to provide an additional layer of reassurance to students, making it possible to track down a missing device or restore a user profile to a replacement for a lost or broken iPad. But more importantly, each student was empowered to feel a sense of continuity with their individual device. It would simply be there when they needed it, with whatever apps their teachers wanted them to be able to use.

There’s quite a bit more fascinating content in this video, including in-depth discussion of how the technology-mediated classroom allows administrators to “get out of the teachers’ way,” what the process looks like for requesting new educational apps and how Jamf’s classroom management tools aided Gordon County Schools in transitioning to a remote learning model during the pandemic.

Watch the Jamf Session on demand below. And sign up to attend one or more of the other sessions available through the #JamfEd series. 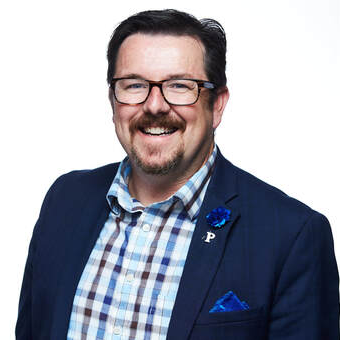 Mike Lawrence
Jamf
Mike is an award-winning teacher, administrator and educational leader and was previously recognized as an Apple Distinguished Educator, Class of 2003. He served as the CEO of CUE, expanding the nonprofit’s impact & helping the nonprofit grow fivefold in 12 years, served two terms on the ISTE board, and also directed the California Student Media Festival for a decade. He leads strategic learning and development initiatives worldwide at Jamf.
Previous Blog Post:
Prev
We’re here for you: OS Upgrade Release Blog Homepage
Next Blog Post:
Next
The factory floor comes alive with digital signage
Related Resources
Blog

Break in case of emergency: leveraging Jamf to meet every educational need