Thanks to our new Mondada acquisition, Jamf Pro's new expanded patch library will make it easier than ever for Mac admins to audit and maintain their organizations' devices.

Duncan and I started Mondada with the aim of assisting Mac admins with deploying and maintaining software on their organization’s Mac devices. Working with the admin, we would look at the software installers that they had to deploy and maintain on their devices, and the challenges that came along with that. Tackling some, quite often very interesting, approaches that vendors had taken with software deployment, we would streamline the installation process and then track the software title from that point on to provide updates to the title as they became available.

Apple Business Manager is really helpful with maintaining apps in the App Store, though we know that there is still a vast list of software titles that are not available for deployment and maintenance via Apple’s mechanisms. Jamf Pro provides a method for organizations to implement application lifecycle management and having accurate version data is the first step in this process.

We built Kinobi, an external patch definition server, on the belief that our knowledge and experience meant that patch management was a problem that we could help solve. When Jamf added support for external patch sources, we saw an opportunity. Jamf has traditionally supported a small number of software titles relative to the number of apps deployed in an enterprise. We had a hunch that many organizations would recognize the growing need and importance of a robust catalog of software titles to fuel a successful patch management strategy.

Over the years, we built out automation workflows that allowed Kinobi to offer hundreds of patch titles to power Jamf Pro reporting and update workflows. And now that Mondada and the Kinobi solutions have found a home at Jamf, we are thrilled to bring this expansive list of titles to all Jamf Pro customers. Just this week, we surpassed 500 software titles now available from the built-in Jamf Pro feed!

Even more apps patches are coming

There are still a few hundred more titles that we are actively migrating from Kinobi to Jamf Pro. We are leveraging this opportunity to apply the lessons we have learned during the last few years and improve the information contained within those titles.

As part of Jamf’s same-day support of Apple, the extension attributes created for the Kinobi definitions are being re-written and standardized for speed and future compatibility, ensuring that scripting languages that may be potentially removed from future versions of macOS are no longer being used as part of the extension attribute, e.g., Python.

Additionally, we’re assessing the ‘display’ versions of the data, used to calculate the patch version. This ensures it's aligned as closely as possible with inventory data, or where this does not make sense, use vendor-published data from the public-facing download pages.

It doesn’t end with the title migration from Kinobi in to Jamf Pro though. We will continue to listen to the community and add titles to benefit our customers with the ultimate goal of extending the power of application lifecycle management to all apps deployed within an organization, not just a subset.

We know application lifecycle management means a lot of things to a lot of people and that there are plenty of ways we can improve or expand capabilities. The core to the feature most valuable to customers is having definitions for all of the apps that are important to your organization. It doesn’t matter what a patch can do if your key software titles aren’t available. Bringing hundreds of new titles to Jamf Pro breathes new life into deploying and maintaining apps for many admins. For the first time, Jamf is able to provide many organizations with a single source of app version data to power patch management workflows. Being able to rely upon commercially supported definitions from Jamf is a game-changer for many organizations. Patch will always play nicely with others, but this title expansion will make this application lifecycle management tool even more relevant for many more admins.

Not already a Jamf Pro customer? Get started with a free trial today. 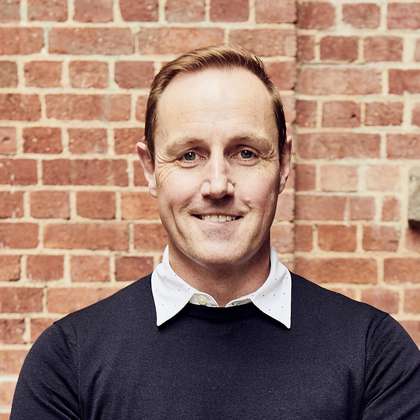 Even for iPhone, patch fast and often